Is Betadine a MIRACLE TREATMENT? by RottingLepha
Friday September 17th, 2021 at 11:50 PM

Is Betadine the next big fad cure for the pandemic? Well, no. And it can also be dangerous. Even the manufacturer had to make a FAQ about it. I'm not sure if it'll gain momentum, but I'd rather have this analysis out before it becomes a trend.

Come watch me make some of these videos live on Twitch:
http://www.twitch.tv/RealJeffHoliday

►If you wish to support me on Patreon:
http://www.patreon.com/jeffholiday
►BitCoin:
13PTN52PQajkeP5zgoP9oEWDnvfdXr6tBY
►Or by trying out the Brave Browser with my link:
https://brave.com/jef125
►My Wishlist for studio upgrades
https://amzn.to/2GtWd9J
►Buy our shirts and stuff!
https://www.teepublic.com/user/holiday

►My second channel for political or random garbage:
https://www.youtube.com/channel/UCs7e8iCJhj0E7LxsoH6n_gw 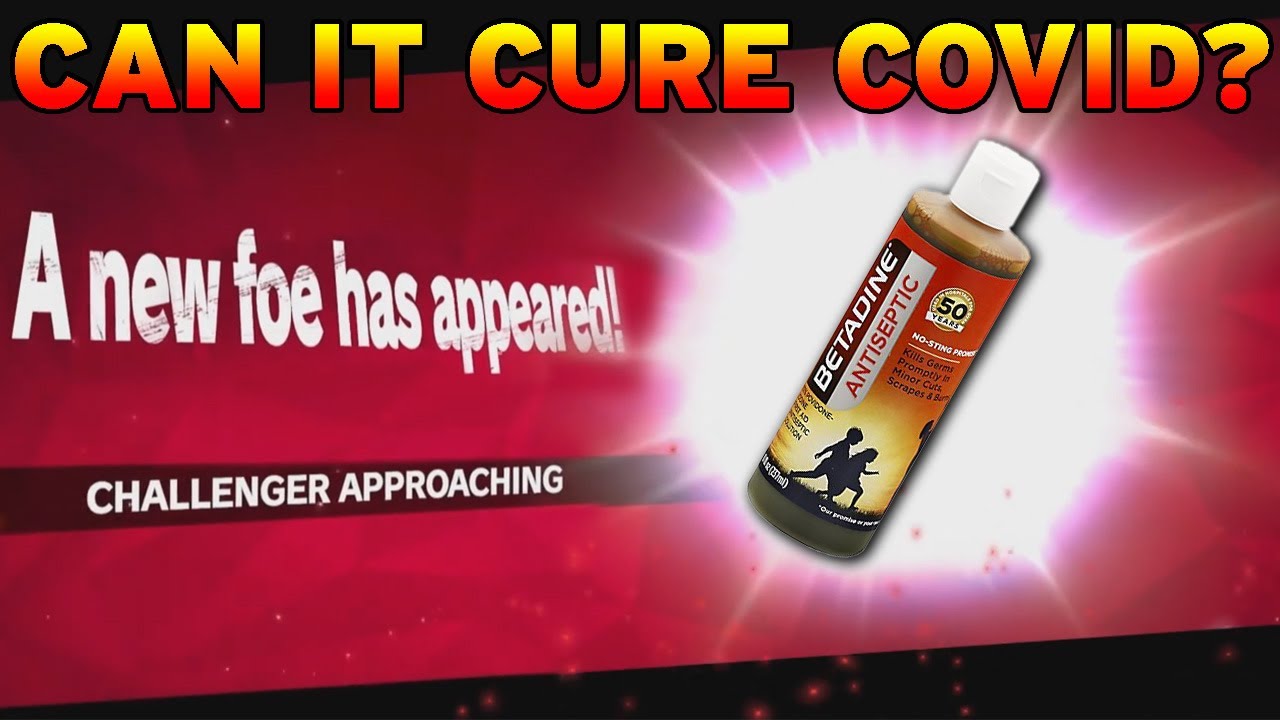 No, Ivermectin Won't Make You Infertile by RottingLepha
Friday September 17th, 2021 at 11:50 PM

Seriously, nobody should be eating horse paste and we've established the human version isn't working for Covid. And yes the idea it'll make people infertile is pretty funny. It's just not true. Fair is fair. I had to defend the wingnuts on this one.

Come watch me make some of these videos live on Twitch:
http://www.twitch.tv/RealJeffHoliday

►If you wish to support me on Patreon:
http://www.patreon.com/jeffholiday
►BitCoin:
13PTN52PQajkeP5zgoP9oEWDnvfdXr6tBY
►Or by trying out the Brave Browser with my link:
https://brave.com/jef125
►My Wishlist for studio upgrades
https://amzn.to/2GtWd9J
►Buy our shirts and stuff!
https://www.teepublic.com/user/holiday

►My second channel for political or random garbage:
https://www.youtube.com/channel/UCs7e8iCJhj0E7LxsoH6n_gw 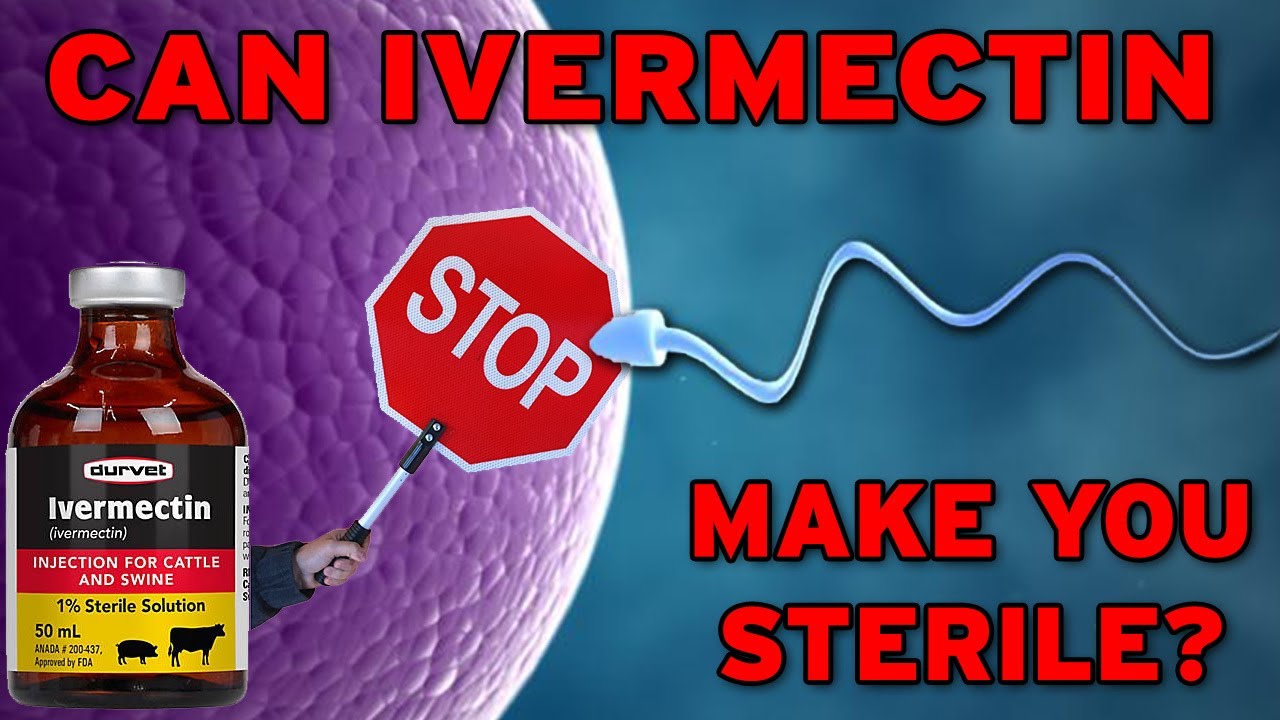 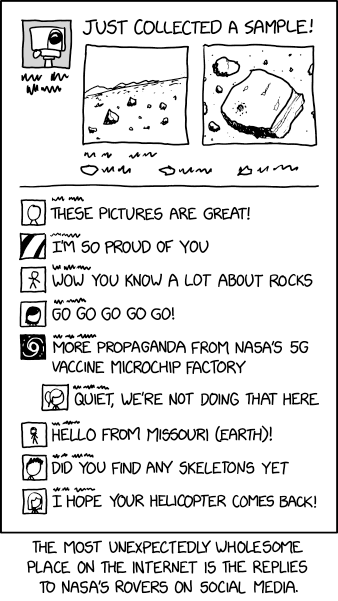 alt_text_bot
reply
I'm so glad NASA let you take your phone to Mars!

◎ Xi’s crackdowns and strengthening of Party control are driven by political necessity.

Crackdowns on tech companies and private tuition. Censure and punishment for corporations, capitalists, and celebrities. Children are restricted to three hours of video gaming a week. A leftist blogger praises Beijing’s recent policies as a “profound revolution,” and is republished by the state media.

Chinese leader Xi Jinping’s recent wave of leftist and anti-capitalist action—running in tandem with an ambitious agenda to bring “common prosperity” to the people—have international observers wondering if he is channeling Mao Zedong and unleashing a new Cultural Revolution.

Comparisons between Xi and the first leader of communist China make for attention-grabbing headlines, and the political straits facing Xi do echo the challenges that Mao saw to his power in the 1960s. However, the similarities only go so far.

Control, not chaos
The Cultural Revolution was a tumultuous period in the People’s Republic of China. Mao Zedong pushed leftist policies, criticized “capitalist roaders,” created a personality cult, and mobilized the masses against political rivals who were holding sway over Party and government. Chaos was the order of the day.

But in contrast to the fanaticism of the Cultural Revolution, for Xi, the operating principle is control, rather than chaos.

For instance, the promotion of “Xi Jinping Thought” in schools and workplaces is meant to inspire Party members and the general public to be loyal and obedient towards Xi, not encourage the masses to “bombard the headquarters” and turn against the Chinese Communist Party. In announcing “common prosperity” at the tenth meeting of the Central Financial and Economic Affairs Commission in mid-August, Xi noted that the policy is also about consolidating “the Party’s long-term governance.” Meanwhile, PRC regulators talk about “rectifying chaos” in cracking down on the entertainment industry and the financial sector.

The difference between Xi and Mao becomes more apparent when considering Xi’s “rectification” of the financial sector and tech companies. In Mao’s time, capital and capitalists were eliminated and non-threatening to the Party. The term “capitalist roader” was a convenient political label used by Mao and the CCP to identify and attack enemies.

Today, Chinese tech giants and financiers pose a genuine political danger to Xi and the CCP. Financiers have and could undertake risky financial operations, leaving Beijing to clean up the mess while they keep the profit. Companies like Alibaba and Didi Chuxing control sensitive data and run massive capital operations, giving them threatening leverage over the regime should they one day decide to challenge Beijing for political influence. Thus, Beijing moved steadily to reassert Party dominance over capital in recent years, including requiring private companies to set up Party cells and committees and issuing guidelines reminding private enterprises to serve the state and Communist Party.

The Xi leadership is also weakening the political clout of capitalists by targeting their purse strings (curbing monopolistic practices, suspending IPOs, etc.) and bringing the data of tech giants under state purview (state-owned joint ventures, national security laws and regulations, etc.). To the affected Chinese capitalists and foreign investors, Beijing’s actions are further evidence of increasing state repression under Xi Jinping and the latter unmasking himself as “Mao 2.0.” But for Xi, getting capital under Party control is a matter of political survival and dominance.

Control, however, is not opposition. Beijing has been welcoming of foreign capital in recent years, including allowing foreign financial institutions to have complete ownership of securities and fund businesses on the mainland. On Aug. 6, JPMorgan got regulatory approval from the PRC authorities to operate the first fully foreign-owned brokerage in China. And BlackRock announced on Sept. 7 that its China mutual fund, the first to be wholly-owned by a foreign asset manager, had raised about $1 billion.

Xi Jinping also does not want to do away with the private sector or markets. On Sept. 2, Xi announced the creation of a new Beijing Stock Exchange. Two days later, China Securities Regulatory Commission deputy chairman Fang Xinghai said that the regime will further promote the systematic opening of capital markets, implement new regulations for qualified foreign investors, and facilitate the allocation of renminbi assets by foreign investors. On Sept. 6, PRC vice premier Liu He said that the authorities will keep supporting the private sector. “Guidelines and policies for supporting the private economy have not changed… and will not change in the future,” Liu said, adding that the private economy contributes over 50 percent of tax revenue, more than 60 percent of the GDP, and 80 percent of urban employment in China. It would be mistaken, however, to infer that Liu, Fang, and Xi are closet capitalists; a strong undercurrent of Party control over capital operations runs through their statements.

Masses versus elites
Xi Jinping’s quest for greater control over the financial sector and recent crackdown on China’s Big Tech, celebrity culture, and video gaming is driven by political necessity. Xi is looking to secure a third term in office at the 20th Party Congress in 2022 to complete the regime rectification and power consolidation effort he started in 2012. Failure to accomplish the agenda leaves Xi and his allies open to the very real prospect of serious retribution. The Jiang Zemin faction and other Party interest groups who oppose Xi retain a good measure of influence in the regime, and Xi has added many new enemies over the past nine years with his anti-corruption campaign and other uncompromising policies.

Xi, however, lacks legitimate political achievements and “quan wei” (prestige and authority) to make a strong case for breaking the leadership tenure norms laid out by Deng Xiaoping. He also does not have much time left before the 20th Party Congress to accrue political achievements and convincingly persuade the Party elite to lay down their opposition to what they see as a bid for lifetime rule and a further trampling of their interests. Moreover, Xi’s odds of improving on his résumé are slim, given the “perfect storm” of problems facing the PRC, including a rapidly deteriorating economy, property developer China Evergrande’s debt woes threatening to trigger systemic risks, a demographic crisis, and growing international hostility towards the CCP and its “wolf warrior” diplomacy.

To resolve his political problem, Xi appears to be improvising on a strategy used by Mao Zedong that led to the Cultural Revolution. Mao, marginalized by factional rivals, sought to unleash the masses against his enemies to regain control and prominence in the Party. Meanwhile, Xi, whose policies and agenda has been continually hampered by factional rivals and their sway over key parts of the CCP permanent bureaucracy, is looking to win over the masses through measures that benefit them (at least on paper) while taking on recalcitrant groups in the Party elite.

Xi is likely hoping that having popular support will insulate him somewhat from the blowback of powerful factional rivals when he goes after their interests in finance, entertainment, tech, and other sectors. Conversely, Xi’s enemies could take advantage of Evergrande’s debt crisis and China’s other economic problems to offset the political gains of courting the masses.

Xi Jinping’s power play will bring factional struggle in the CCP closer to a showdown. Businesses, investors, and governments must prepare contingencies for sharply raising political risk levels in China, including the emergence of Black Swans this year. 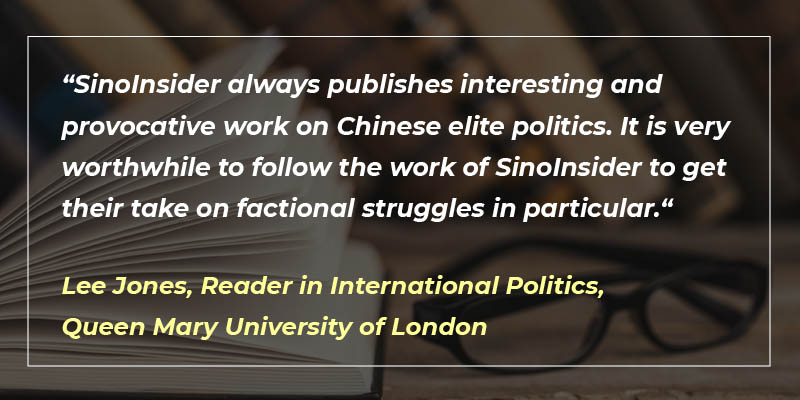 “You are in our prayers today. We are grateful for your support and prayer. When situations arise where individuals might not have honorable intentions, I pray for them,” Monster added. “I believe that what the enemy intends for evil, God invariably transforms into good.”

“They are fully compromised end-to-end,” they said. “Maybe the worst I’ve ever seen in my 20-year career.”

The engineer pointed the Daily Dot to what they described as Epik’s “entire primary database,” which contains hosting account usernames and passwords, SSH keys, and even some credit card numbers—all stored in plaintext.

The data also includes Auth-Codes, passcodes that are needed to transfer a domain name between registrars. The engineer stated that with all the data in the leak, which also included admin passwords for WordPress logins, any attacker could easily take over the websites of countless Epik customers.