The MV Zim Kingston is finally gone from the waters off Victoria, B.C. The damaged container ship was anchored there for six weeks after a fire Oct. 23.

The fire happened after the ship had lost 109 containers in rough seas the day before. It took a week to put it out, and many more to come up with a plan for docking and unloading the ship, which was originally destined for Vancouver.

In the end, the Port of Nanaimo arranged to take on the Zim Kingston and its damaged cargo.

The vessel is making the journey Friday, accompanied by two tugboats, a Canadian Coast Guard motor lifeboat, a marine mammal watch vessel, an environmental monitoring vessel and a U.S. Coast Guard vessel for when it transits through American waters.

There are salvage crews on board to monitor the state of the ship as it moves.

Capt. Satinder Singh, vice-president of marine operations and harbour master for the Nanaimo Port Authority, says it's the biggest ship escort he's seen in his 10 years working on the West Coast.

He says it's out of an abundance of caution: "just contingencies, I think, is the reason that this vessel is being escorted with a number of vessels."

Like everywhere, there is a backup at Nanaimo's port due to supply chain congestion — so once it arrives, the vessel will anchor in port until Dec. 9 or 10 when a berth is available at the shipyards at Duke Point. It will then take eight to 12 days to unload the damaged cargo.

The Victoria book publisher, Orca Books, had 15,000 books on the ship. Publisher Andrew Woolridge says it's great news that it's on the move, but in a way, it's too late: "we're sort of moving ahead, assuming that we'll never see the books, because we had to, just to get those books out into the world."

Of the 109 containers that went overboard, only four have been found. Those four, and their contents, washed ashore on the northwest coast of Vancouver Island in the week after the ship first hit trouble. The Canadian Coast Guard believes the other 105 have sunk.

The Coast Guard says 27,360 kilograms of debris has already been recovered, and there are at least five more waste bin's worth of flotsam at Jurassic Point on a remote section of Vancouver Island. It says the ship's owner will continue to monitor for additional debris and asks anyone who spots things that look like they may be from the ship to report to the Coast Guard at 1-800-889-8852.

I’m not sure how I first came across Gigi Kaiji, aka HVL’s music. But the Georgian artist has done an amazing job at releasing nothing but quality for the past few years now, establishing himself as a true hybrid of techno in all its various guises. Not only that, but the set Gigi played for the Astral Industries takeover on 9128.live was one of the most immersive moments of the event.

Whether it’s the meandering, grainy textures in Aura Fossil’s album opener Newenslo, or the addictive, bubbling didgeridoo in Sallow Myth, it’s no surprise to see Gigi getting plays and support from the likes of Aphex Twin, along with a bunch of superlative comments across his Bandcamp page, and inclusions in many of 2021’s ambient sets I’ve listened to. (Just this week, Trainspotters would’ve spotted HVL in Traumprinz’s latest mix dump).

In the same way perhaps that emerging producers such as Skee Mask are constantly adding new twists and fresh approaches to their music, through his own self-releases, HVL is quickly gathering a similar cult following that doesn’t really fit amongst the traditional techno crowd. As one person puts it on one of his Bandcamp albums, “…one of the world's most exciting, inventive electronic musicians”, or as a glowing RA review recently noted., “this is music that works well in large doses: dreamy and uplifting, all soaring rhythms and twilit atmospheres. It's also impressively dynamic”.

Given the many ambient and dreamy undertones to be found in HVL’s music, I was keen to find out a bit more about Gigi and invite him over our way for an isolatedmix.

Hi Gigi, can you tell us about your musical background?

I have studied classical music on piano and guitar since I was 6. Composed at a young age too, but discovered electronic music only in my late teens.

Your music is extremely varied, but how would you describe your own output?

I couldn't really. I know it's electronic because of the instruments I use to record it. I like to think of it as music that you can enjoy at home in your favorite chair, or on a night drive. Whenever you're comfortable to dive into it.

HVL albums have been released on your own label to much success on Bandcamp, what was the reason for not approaching a label with your great music? Do you think we will see vinyl editions of your self-released records at any point?

I do work with labels usually, this time the reason was time saving and the fact that you can profit from it immediately. Also I had this batch of tunes that I wanted to put out exactly the way I wanted. With labels I'd need to make some adjustments. It's useful financially, especially because there are no live gigs happening in Georgia right now. 12" sampler versions of the two albums I released in 2020 will be out on Appian Sounds soon.

What role does ambient music play in your life and music production?

That's all I listen to in recent years. Most of the music I play at home is either drone or ambient. I haven't really done that many ambient tracks but I use elements of it quite often.

Some people might have discovered you from Aphex Twin playing your music in his DJ sets - did this come as a surprise to you?

It was a big surprise when I first found out on reddit by accident, but then I learned that he's quite a digger of obscure stuff and it made more sense to me.

Also, it was very humbling as I have enjoyed his music for more than a decade now, so It felt great!

You have a great track record on Bandcamp so far, so what can we expect from you going forward?

I like to release almost everything I record, so there will be more albums on my Bandcamp and friends' labels too.

And lastly, can you tell us a bit about the mix you have prepared?

This is a collection of tracks that I would use to fall asleep. Enjoy!

Listen on Soundcloud, Mixcloud, or the ASIP Podcast. 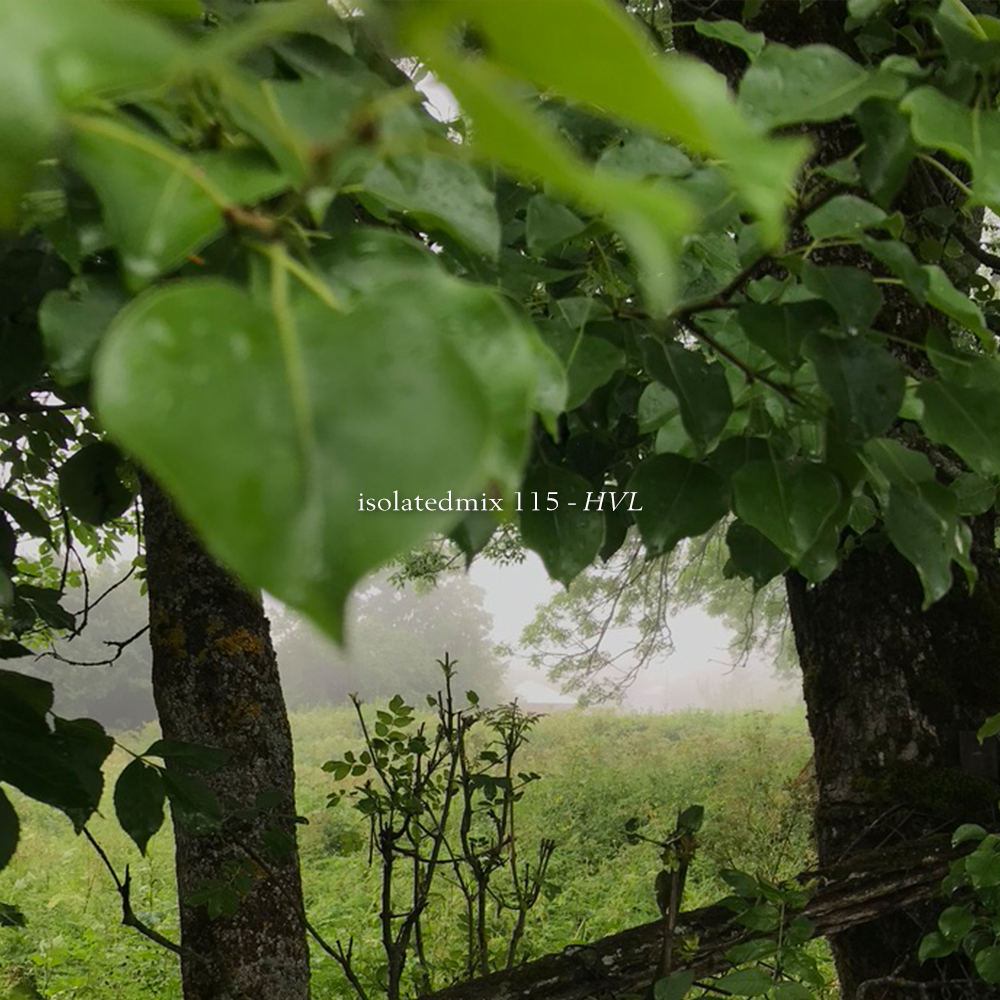 For last year's label compilation, I mentioned how I hoped to invite a guest DJ to compile the next edition, and here we are! Of course, it just had to be our long-term musical companion, a good friend of mine, and well-respected DJ, todos.

I was first introduced to todos through his well-respected Kilchurn Mix series. I’ve said it before, and I’ll say it again, they remain some of my favorite mixes of all time (listen to them all here). His ability to craft a narrative, manipulate samples and respect the grey area between ambient and electronic music, is second-to-none.

Since blogging about his mixes all the way back in 2008, and inviting him to compile a special isolatedmix a few years later, Doug (todos) and I have stayed in touch and connected further after learning we grew up with very similar musical trajectories. Doug also coincidentally, ended up living where my family is today (and where I spent my life growing up) in a surprising twist of fate. And in 2021, after years of speaking online, we finally got to meet, play records (in real life!), and go for a long overdue beer.

I always earmarked Doug to be a part of ASIP somehow, so it is my absolute pleasure to hand over the DJ reins for the 2021 compilation edition. Doug had free choice over which tracks to choose, as long as he included one track from each release of the year. The result is a very special mix, taking us through the ASIP 2021 release catalog in his unique, signature, todos style.

ASIP 2021 mixed by todos is available on Bandcamp, and the digital is currently name your price, with the mixed CD version also available on Juno (and more stores to follow soon). 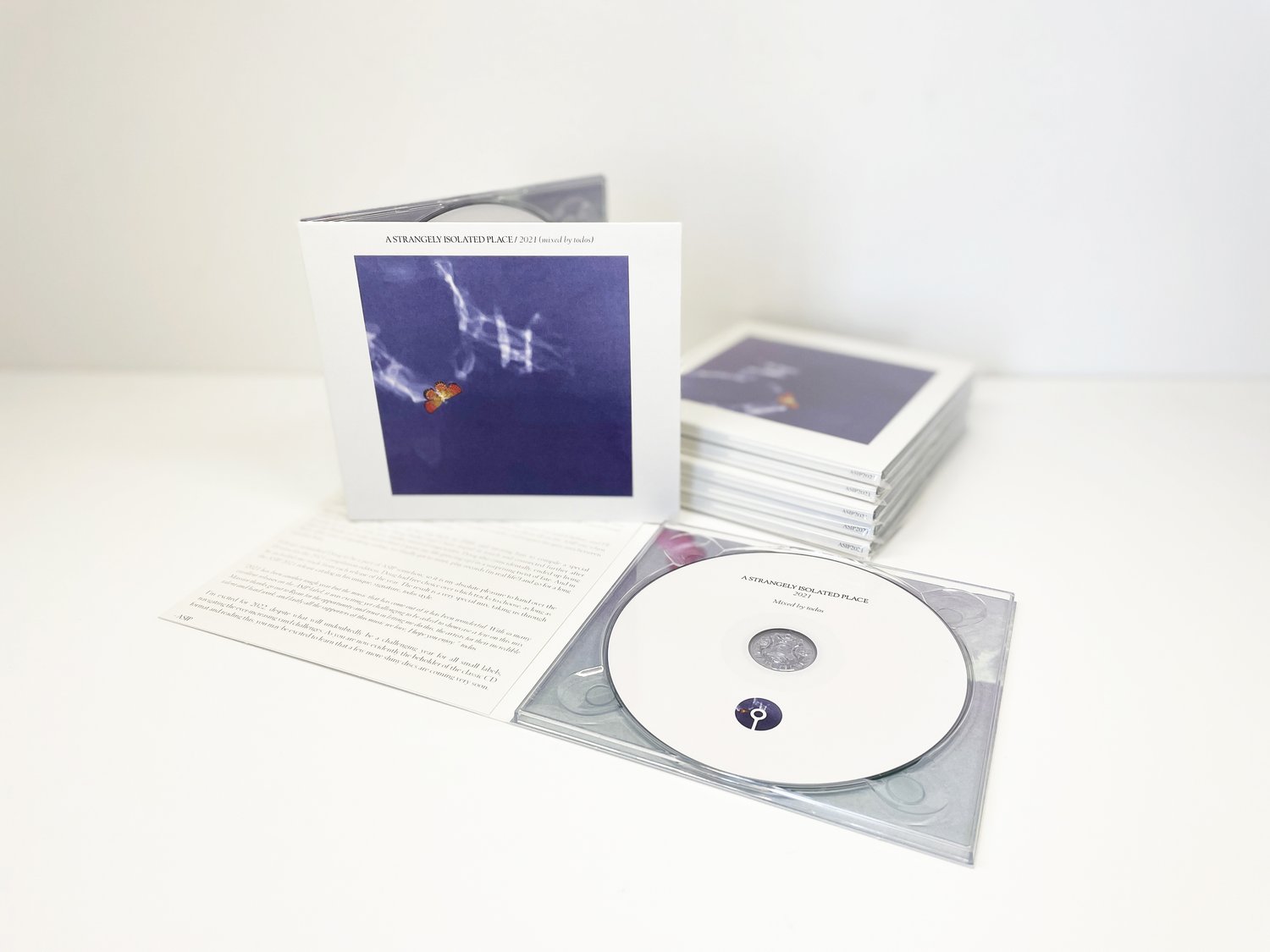